The award is named after Pura Belpré, the first Latina librarian at the New York Public Library. The award is presented annually to a Latino/Latina writer and illustrator whose work best portrays, affirms, and celebrates the Latino cultural experience in an outstanding work of literature for children and youth. 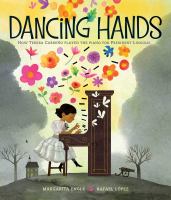 Looks at the life and accomplishments of Teresa Carreño, one of the most famous pianist who, by age nine, performed for President Abraham Lincoln at the White House. 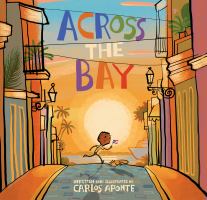 Carlitos lives happily with his mother and grandmother in the town of Cataño, but he misses his father and goes across the bay to San Juan to look for him. 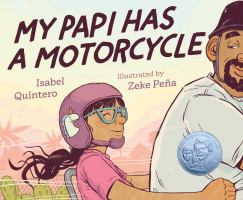 When Daisy Ramona zooms around her neighborhood with her papi on his motorcycle, she sees the people and places she's always known. She also sees a community that is rapidly changing around her. 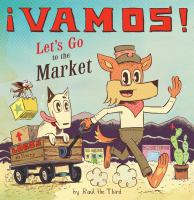 Little Lobo, a Mexican American, and Bernabe, his dog, deliver supplies to vendors at the Mercado, a busy border town market. 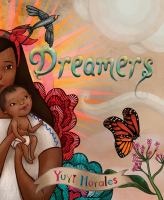 Dreamers is a tale about an immigrant mother and her son who were “unable to understand and afraid to speak…” until they found the library. The books in the library taught them many things and gave them the confidence they needed to succeed and dream in their new country. 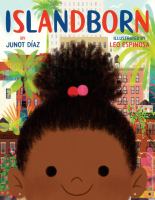 Islandborn is a tale about Lola, a young immigrant Afro-Latina girl who has to draw a picture of her birth country for school but doesn’t remember that place. Espinosa takes us on a vibrant, colorful journey as Lola discovers the island through the memories of her family and friends. 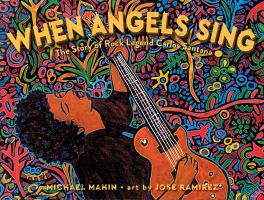 Carlos Santana loved to listen to his father play el viol n. It was a sound that filled the world with magic and love and feeling and healing--a sound that made angels real. Carlos wanted to make angels real, too. So he started playing music. Carlos tried el clarinete and el viol n, but there were no angels. Then he picked up la guitarra. He took the soul of the Blues, the brains of Jazz, and the energy of Rock and Roll, and added the slow heat of Afro-Cuban drums and the cilantro-scented sway of the music he'd grown up with in Mexico. There were a lot of bands in San Francisco but none of them sounded like this. Had Carlos finally found the music that would make his angels real? 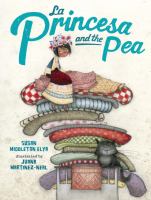 La Princesa and the Pea is a tale set amid guinea pigs, stone arches, and fuzzy indigenous Peruvian textiles. Juana Martinez-Neal’s mischievous characters play out the classic princess-and-the-pea tale—with a twist. Cultural elements inspired by the Peruvian village of Huilloc and the Colca Canyon add vibrancy and playfulness in Martinez-Neal’s acrylic and colored pencil illustrations. 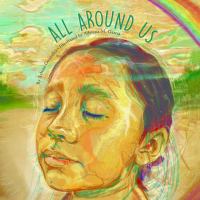 All Around Us
Author: Xelena Gonzalez
2018 Belpré Illustrator Award - Honor

The cycle of life is explored through the eyes of a grandfather and his granddaughter, in the Mestizo tradition. Vivid digital images use colorful contours and vibrant color to depict visible and invisible circles in everyday life. 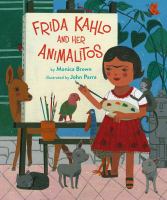 The connections between Frida Kahlo and her xoloitzcuintles, monkeys, turkeys, and other pets are palpable in John Parra’s warm, expressive acrylic illustrations. Details of Mexican folk art ground the story as facial and body expressions from Frida and animalitos reinforce their relationship, showing how Frida was comforted and inspired by her pets and how her personality was shaped by and reflected in them. 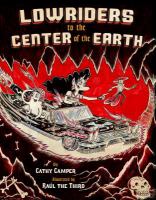 Lupe Impala, Elirio Malaria, and El Chavo Octopus are now the proud owners of their own garage--but when a series of earthquakes hit their town and Genie, their beloved cat, disappears they find themselves traveling to the realm of Mictlantecuhtli, Aztec god of the Underworld, who is keeping Genie prisoner. 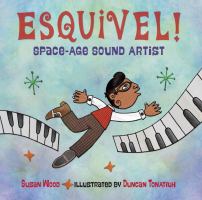 Juan Garcia Esquivel was born in Mexico and grew up to the sounds of mariachi bands. He loved music and became a musical explorer. Defying convention, he created music that made people laugh and planted images in their minds. Juan's space-age lounge music popular in the fifties and sixties has found a new generation of listeners. 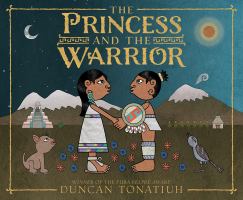 Award-winning author Duncan Tonatiuh reimagines one of Mexico's cherished legends. Princess Izta had many wealthy suitors but dismissed them all. When a mere warrior, Popoca, promised to be true to her and stay always by her side, Izta fell in love. The emperor promised Popoca if he could defeat their enemy Jaguar Claw, then Popoca and Izta could wed. When Popoca was near to defeating Jaguar Claw, his opponent sent a messenger to Izta saying Popoca was dead. Izta fell into a deep sleep and, upon his return, even Popoca could not wake her. As promised Popoca stayed by her side. 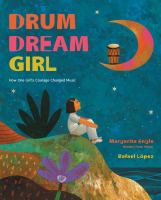 Follows a girl in the 1920s as she strives to become a drummer, despite being continually reminded that only boys play the drums, and that there has never been a female drummer in Cuba. Includes note about Millo Castro Zaldarriaga, who inspired the story, and Anacaona, the all-girl dance band she formed with her sisters. 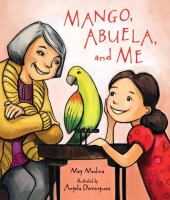 InfoSoup is brought to you by OWLSnet, a consortium of public libraries in northeast Wisconsin.